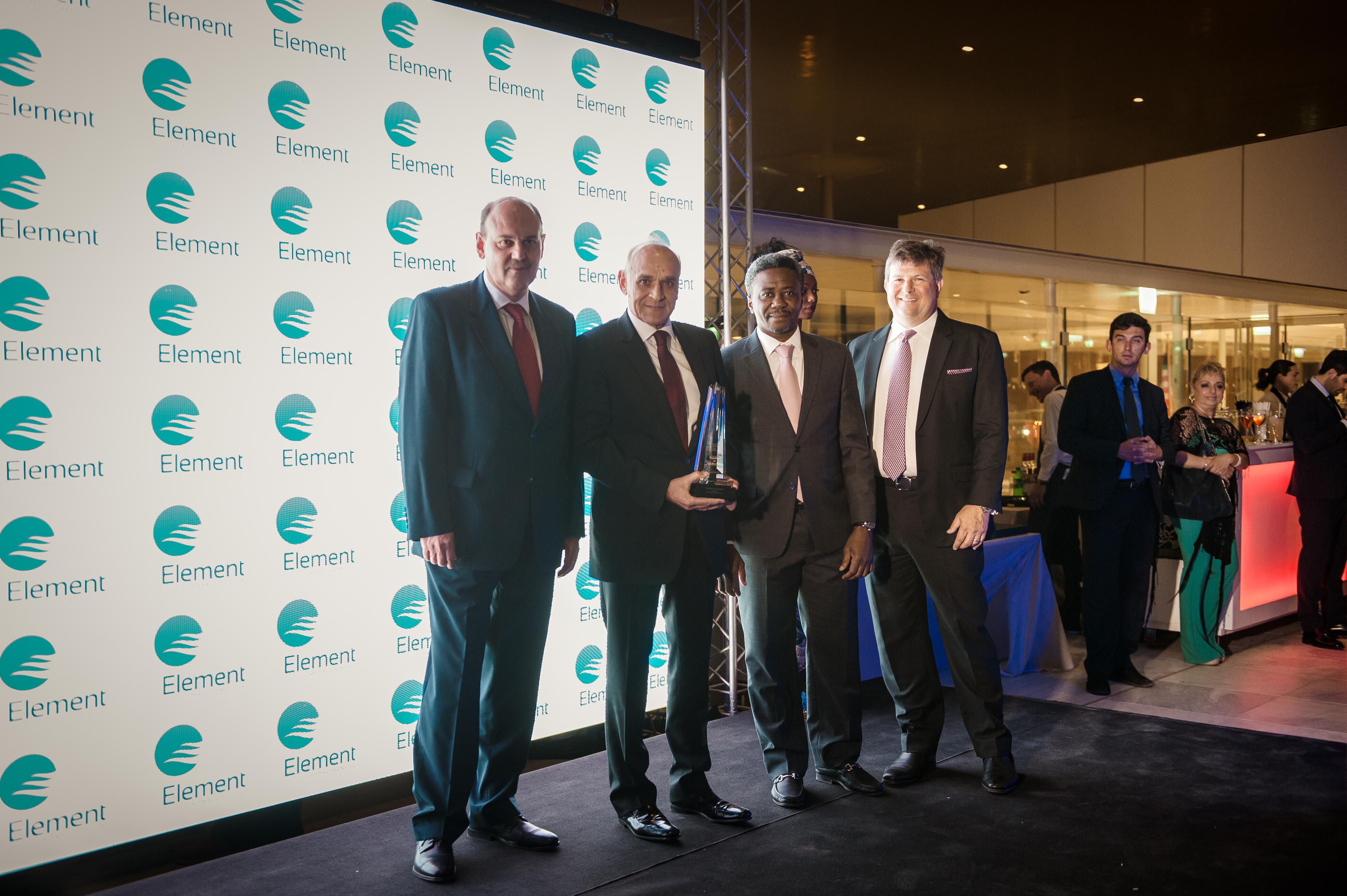 The Liberian Registry has presented five of its Greek shipping partners with the Liberian Maritime Authority’s Commissioner’s Award for Excellence during celebrations in Athens to commemorate the 70th anniversary of Liberia’s maritime programme.

The awards presented in Athens on 30 May to George Procopiou, Vangelis Marinakis, Panagiotis Tsakos, Panos Laskaridis, and Dimitris Lemonidis recognised contributions not only to Liberia but also to shipping and the community at large. All the recipients have diversified activities in other sectors as well as shipping and are recognised for their contributions to culture and public interests. Moreover, most have been identified on the so-called Top 100 lists of most influential shipping personalities.

George Procopiou, founder of Dynacom Tankers Management, started his active co-operation with the Liberian Registry in 2001 shortly after LISCR took over as the administrator of the Liberian flag. Since then, Dynacom has become Liberia’s largest client in Greece in terms of numbers of ships and deadweight tonnes.

Vangelis Marinakis has developed Capital Ship Management into a diversified shipping enterprise.  Most notably, Capital Shipmanagement, with a very large fleet of Liberian-flagged ships, has one of the best safety records in the Greek-owned fleet as determined by both flag state and port state inspections.

Captain Panagiotis Tsakos, founder of Tsakos Shipping & Trading, has built one of the largest shipping companies in Greece. The Tsakos Group is also one of Liberia’s largest clients. The Tsakos-owned tanker ISE PRINCESS became Liberia’s 3,000th active vessel in 2009, exactly 60 years after the registration of Liberia’s very first vessel in 1949.

Panos Laskaridis, current President of the European Community Shipowners Association, is the driving force that led Liberia to become involved in regulating the fisheries transhipment business. This in turn resulted in Liberia becoming an active member of six Regional Fishery Monitoring Organisations globally. Similarly, Liberia is now in the process of completing its fisheries accreditation by the European Union.

Dimitris Lemonidis established Element Shipmanagement, his second start-up after co-founding Ciel Shipmanagement together with Kostis Konstantakopoulos.  Dimitris has been one of the strongest and most vocal independent advocates of the Liberian flag both in Greece and globally.

Michalis Pantazopoulos, Senior Vice-President and Managing Director of LISCR Hellas, says, “Liberia is proud to honour these trusted Greek shipping partners with this award as a mark of gratitude for their continued support.”


The Commissioner’s Award was established by Liberian Commissioner James F Kollie to recognise the outstanding achievements of shipping industry leaders with a notable connection to Liberia’s maritime programme. The first such award was presented to Angeliki Frangou, CEO of Navios Holdings Inc in March this year.

The Liberian Registry has a long-established track record of combining the highest standards of safety for vessels and crews with the highest levels of responsive and innovative service to owners. Moreover, it has a well-deserved reputation for supporting international legislation designed to maintain and improve the safety and effectiveness of the shipping industry and protection of the marine environment.