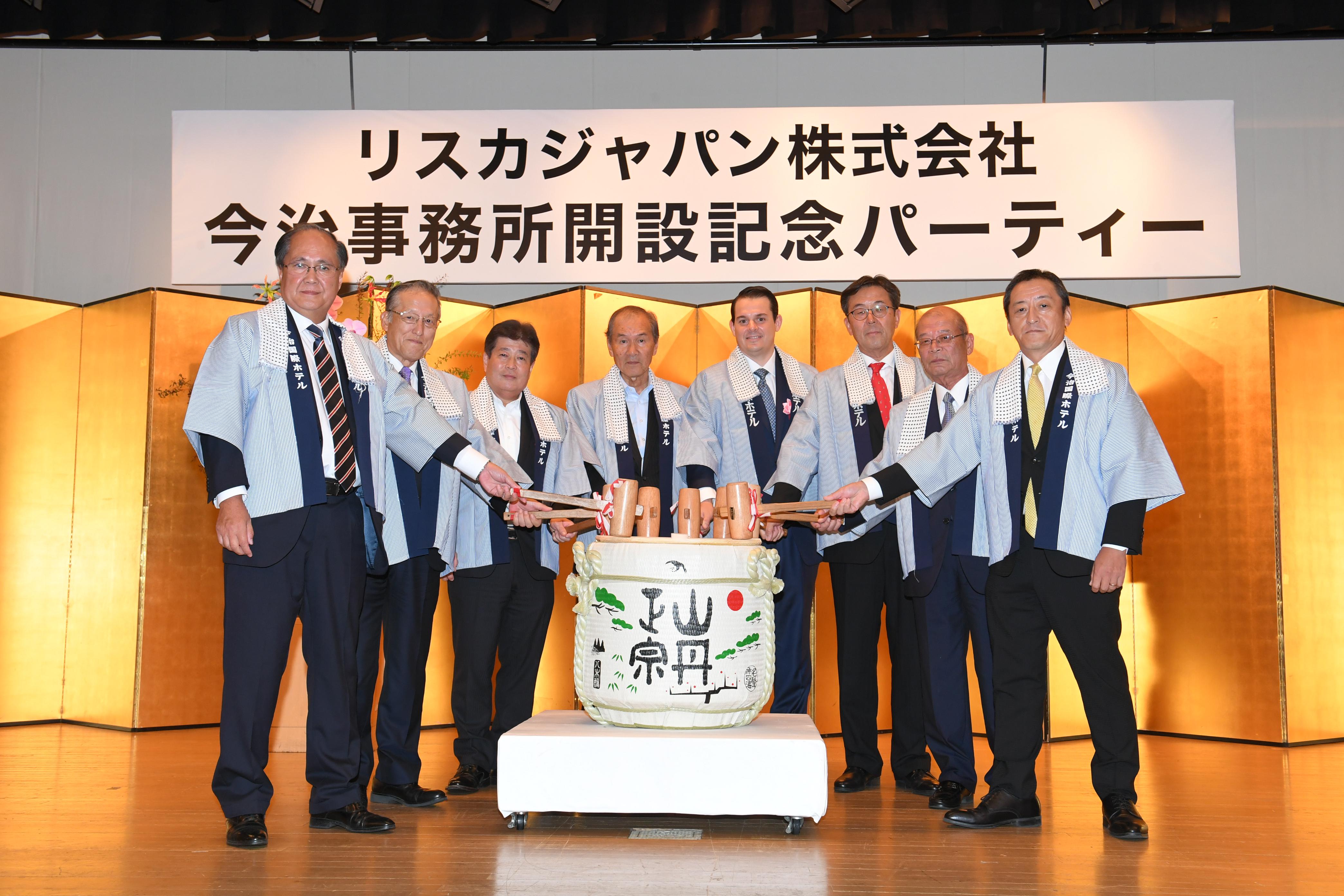 The Liberian Registry has established a full-service office in Imabari, Japan, as part of the continued expansion of its presence in Asia. Liberia has been building up its network of full-service offices and representatives in Asia due to the Registry’s continued rapid growth in the region, and this marks the 5th office opened in Asia since 2017. Each expansion allows the Registry to meet the specific demands of the market while ensuring that quality of services is never compromised.

Led by Eiji Okazaki, President of the Liberian International Ship and Corporate Registry (LISCR) Japan, the Imabari office is comprised of key staff trained to handle ship registrations and technical issues locally. He has been leading the Tokyo office since 2017, and has helped develop the office to now being one of Liberia’s major and most active locations.

The office-warming party was held on 3 October 2019, which drew a crowd of over 170 shipowners, ship-builders, banks, insurance companies, trading companies, class societies and law firms. LISCR COO, Alfonso Castillero, kicked-off the night with a speech, which was then followed by congratulatory remarks from Japanese shipowners Mr Nagahisa Seno, Senior Executive Managing Director of Seno Kisen, and Mr Yukito Higaki, President of Shoei Kisen and Imabari Shipbuilding, as well as encouraging words by Mr Koichi Fujiwara, Chairman of Class NK and a strategic partner of LISCR Japan.

Alfonso Castillero says, “Opening the Imabari office was a natural step for the Registry; as our client base grows in Japan, we must grow with it. The office is operated by Japanese maritime professionals, speaking the same language as our clients, which is key to providing personalised and high-quality services. Liberia will continue to open offices in key locations around the globe to support Liberian-flagged shipowners, wherever they may be in the world.”

Liberia’s Imabari office was established with the utmost effort of LISCR’s Japan team, and it will be supported continuously by LISCR’s US-based headquarters as well as the Tokyo office staff.